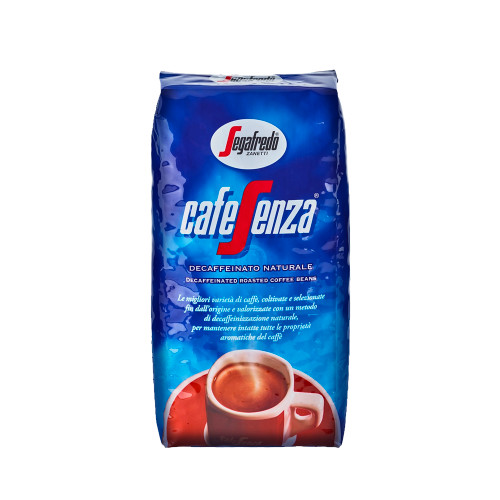 Segafredo Zanetti offers CafeSenza to those who are particularly sensitive to caffeine but don’t want to give up the pleasure of a very good coffee.

In order to coutner the sometime consequences of heavy coffee drinking, Ludwig Roselius of Bremen, son of a coffee taster whose profession caused him anxiety, in 1905 invented the first decaffeinating method. Since then, because of industrialisation needs, various processes have been tried out and used: amongst the most recent, some use organic particles, others use chemical solvents.

Segafredo Zanetti respects the quality of the raw material by using an entirely natural process.

Our decaffeinating process is applied to the green coffee beans and uses carbon dioxide, a natural element which we breathe in every day. The CO2 particles, pushed at a very high pressure (over 180 atmospheres; the so called “extremely critical” status), bind with those of the caffeine. Reinstating the Standard pressure, the CO2 volatilises together with the caffeine.